+39 347 2301915
rsstwitterfacebook
HomeHistory The tragedy of Neptune, the plane crashed on Fradusta.

The tragedy of Neptune, the plane crashed on Fradusta.

The tragedy of “Neptune”, a Lockheed P-2V6 Neptune, that crashed on the Fradusta Glacier in the Italian Dolomites

Today I want to tell you about some facts which happened in summer 2009.Lockheed P-2V6 Neptune
This story began with an email that really aroused my curiosity. The letter, sent to me on April 1st from an unknown person, said: “Dear Sir: I am going to be in Italy between June 1 and June 24, and plan to climb to the site of my father’s plane crash in 1957. He was a naval commander and the plane went down in the eastern Dolomites. I would like to hire a guide to get to this site; can you be of assistance? Sincerely, Wendy Shermet “.

A quick and fruitful research network allowed me to find out some details of the incident. 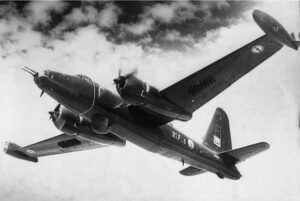 On 19 July 1957 during a flight transfer to Istrana, a twin-engine maritime patrol of the U.S. Navy initiated a double tragedy (see Note 1 at the end of the page).

The plane, a Lockheed P-2V6 “Neptune” of the Naval Air Reserve Base in NAS Willow Grove, Pennsylvania, but deployed to NAS Port Lyautey in Morocco, crashed at 2,650 meters (8694.23 feet) above sea level on the south wall. Fradusta is part of in the group of Pale di San Martino (Trentino).

All eleven crew members perished in the accident, including Commander Robert Martin Shermet, father of Wendy, her sister Dottie and brother Bill.

After checking that the sad incident had actually occurred, it was time to get more detailed information: I admit to not knowing well the Pale’s area and I had no idea if the exact location of the crash of Neptune was easily accessible.

A couple of phone calls to colleagues of Fiera di Primiero were a great help. In particular Gianpaolo De Paoli, an experienced mountain guide, gave me precise directions to the crash site, also informing me that part of the wreckage is still in place. I then had enough information to contact Wendy to agree on the date of our meeting and work out the details of the excursion.

On June 19, we started from Cortina early, and in little more than two hours reached the “Ristorante La Ritonda”, at the entrance of the Val Canali.

Here we meet not only with Gianpaolo, the owner of this friendly restaurant and lodge, but also with Daniele Mattiuzzo, a man of sturdy and friendly build, passionate about aviation, and who in the past had been interested in the tragedy of Neptune.Lockheed P-2V6 Neptune

We quickly drank cups of good coffee and began our hike.
The weather unfortunately did not bode well, so I had to give up the “pace of the guide” (a slow-paced path that allows to observe, listen to and fully enjoy the surrounding environment) and walked along the steep path with a gait quicker than my two companions would have liked.
This climb takes place in a beautiful setting, the “Vallon delle Lede”, surrounded by majestic peaks. Our first goal was the bivouac Carlo Minazio, located at an altitude of 2292 meters, not far from the base of the Cima del Conte and the south Fradusta’s wall.

Wendy, a synagogue cantor, is a delightful person: walking in silence, engrossed in in her thoughts.
Daniel seemed a bit more fatigued, but was supported by a strong will and, although a little spaced, continued to climb. Neither were accustomed to hiking in the mountains, nor trained to do so: despite this in about three hours we reach the bivouac.
Near the building is a small pile of scrap metal from of the “Neptune” and a metal plate put up by the local climbing club which reminds remind passersby of the sad event.

We gave Wendy a few minutes of private meditation: she was visibly moved and some fleeting tears ran down her face. She had brought a small memorial plaque with the names of her sister, brother and herself in memory of his father, and after the first few moments of sadness, I secured it to the existing memorial as well as possible.

The sky was now completely overcast and threatening, and for this reason we gave up our second goal (see Note 2 at the end of the page). In fact it was our intention to trace wreckage gravel to the northwest of the camp, where you can observe the bulkiest wreckage of the airplane. The impending storm, however, made us desist from the initial design, and after a quick snack we set off on the way back.

The descent proved more difficult than the climb, especially for Wendy.Lockheed P-2V6 Neptune
Fortunately, we had descended much of the way when it started to rain, and lightning surrounding peaks does not bother me particularly.

Shortly before reaching the track that goes up the Val Canali we met Sergio, a friend of Daniel who was unable to climb with us; despite this he wanted to meet with us and inquire about the outcome of our excursion. A little tired but happy to be able to complete our little “adventure”, we shortly reached “La Ritonda” where we could get dry and have some refreshment, reporting to Gianpaolo about our day.Lockheed P-2V6 Neptune

To conclude this journey, at the end of the day we met with Filiberto Cordella, one of three men who found the wreckage of the plane in ’57. He and his son received us with wonderful hospitality received and told the story from his point of view.
I liked to remember the sad end of Neptune and the story of a daughter who, knowing her father only for a short time at early age, wanted to pay a tribute by visiting the site of the tragedy and leaving there a commemorative plaque, basting with his her tears those hard stones.

Note 1
At the beginning of this story I mentioned two tragedies.Lockheed P-2V6 Neptune
In fact, the Lockheed P-2V6 Neptune was not found right away: the accident happened for a number of reasons including inclement weather, the instruments on board “out of calibration” that deviated from the desired course, all perhaps united even to navigation errors, that brought the Neptune well further north than planned route.

For this reason the research were first concentrated in a completely different area, and only a few days after the general alarm was given also to the stations of mountain rescue in the Dolomites.

The second misfortune happened on July 21st, 1957: from Aviano three P-2V7 ‘s flew out for searches along the Po Valley, and one of these was directed westward in Piemonte, at Pinerolo (Turin) and then take the Val Pellice (although it had been notified to the commander of the aircraft of not advancing in the narrow valley that leaves no way out).
This plane was also a Neptune, and probably due to a strong downdraft (very common in that area), its left wing collided with a tree that made him turn 180 degrees, hit the ground and explode on Mt. Granero.

Incredibly, two of the ten crew members survived, but one died after a few hours, while the specialist aboard the AD3 Gene Forsyth, although burned, is currently still living, though some years after the incident the another flight accident flight caused him to lose his sight.

Note 2
On June 27th 2011, two years after her first visit, Wendy asked me to accompany her again in these places with her husband and son. Fortunately, this time a beautiful sunny day helped us and we were able to climb up to the scree that keeps the other parts of Neptune, the plane crashed that on Fradusta.Lockheed P-2V6 Neptune

Did you know that if you subscribe to the newsletter you can receive my posts by e-mail?

This newsletter will be sent out only when I put a new article on the website, when I’m planning something interesting or when I’d like to tell you about my experiences and activities or mistakes I’ve made which have taught me how to stay safe in the mountains.