Listing all of ski areas in the Dolomites would be an inconceivable task. Hence in this page I limit myself to mentioning the most important ski areas in the area where I live. Skiing in Cortina d’Ampezzo, my hometown, it’s amazing!skiing in cortina

Maybe not everybody knows that Cortina d’Ampezzo hosted the winter Olympic games.
This little, beautiful town, which had originally been awarded the 1944 Winter Olympics, beat out Montreal, Colorado Springs and Lake Placid for the right to host the 1956 Games. That event started the winter tourism era in Cortina and, due to the television coverage, image of the Dolomites was broadcast all over the world.
The good news: Cortina will host the Olympic Winter Games 2026. The decision was taken today during the 134th session of the International Olympic Committee (IOC) in Lausanne, Switzerland. The other candidate in the ballot was Stockholm-Åre, sweden.

In this page we will talk about alpine skiing, skiing on ski-pistes. It’s useless to highlight that all Cortina’s area offers the possibility of perform wonderful excursions of mountaineering ski and there are a lot of off pistes, but this topic will be discussed in another web-page.

Let’s see where to ski in Cortina. Skiing in Cortina is practiced mainly in three areas:
1. Tofana
2. Faloria – Cristallo
3. Cinque Torri e Col Gallina/Lagazuoi, close by on the way to the Falzarago pass.

There is also the small ski area of Misurina. Free ski buses pick up and drop off at all of the main lifts in Cortina, as well as running services to Cinque Torri and Lagazuoi/Col Gallina. Check with your hotel for your closest stop.

The Faloria ski area is reached from the Faloria cable car located in the centre of town.
This area offers both medium and difficult skiing options as well as a snowboard park. The Rifugio Faloria is located at the top of the cable car with great views of the Cortina basin.

Cristallo it is linked to the Faloria ski area. It is also reached by ski bus or car from Cortina to the village of Rio Gere. Rifugio Son Forca catches the sun for most of the day. It is located on the Son Forca run.
WARNING: the unusually shaped gondola lift from Rifugio Son Forcia to Forcella Staunies (see picture) closed down in the summer of 2016. The intention is to upgrade the lift but nothing has been decided on the subject yet.

Tofana can be reached via the Tofana cable car located near the ice stadium. There are both easy slopes (Socrepes and Pocol) and difficult runs for advanced skiers. skiing in cortina

Don’t miss these ski areas. They both offer fantastic runs and spectacular views from the mountain restaurants. These areas can be enjoyed as day trips or combined with the over night trip to Lagazoui. Rug up as it can be a bit chilly, but the pristine piste and small number of skiers will make it worthwhile. Take a few extra breaks for a coffee or gluhwein to warm up! The bus service for these ski areas leaves from the bus station near the Faloria cable car station in Cortina. Grab a bus time table and enjoy.

Misurina is a small ski resorts visited by tourists looking for peaceful holidays and the not too difficult slopes overlooked by the Tre Cime di Lavaredo. Misurina can be reached  by bus or car from Cortina (14 km).

The ski resort of Misurina has one chair lift on the shores of the lake taking to the top of Col del Varda. Here you find some slopes of different difficulty levels, winding down through the forests. Close by there is a practice slope equipped with a baby ski lift. Misurina is appreciated mainly for cross-country skiing, the trails offers a wonderful view of the surroundings. 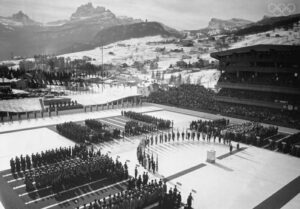 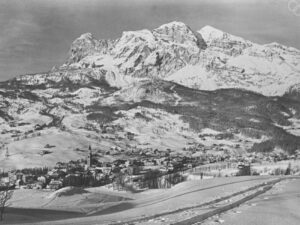 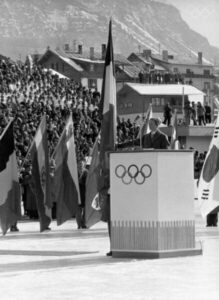 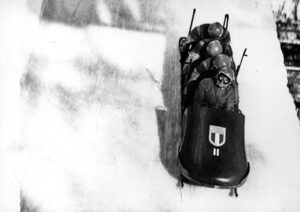 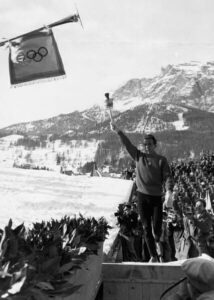 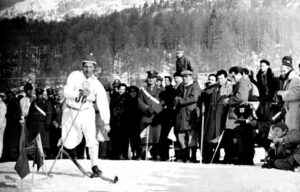 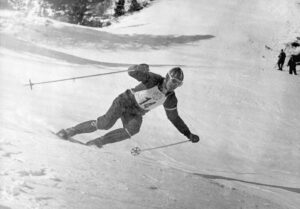 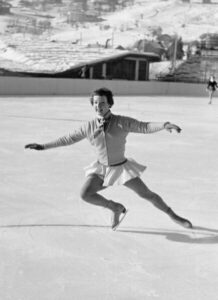 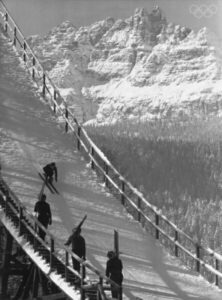 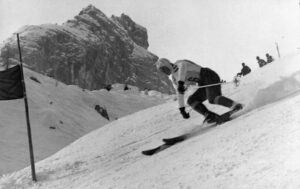 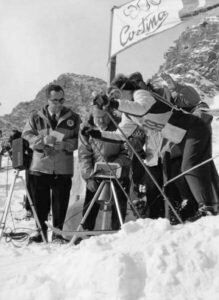 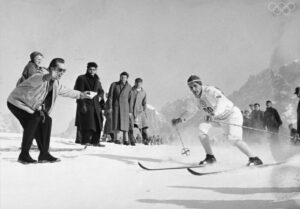 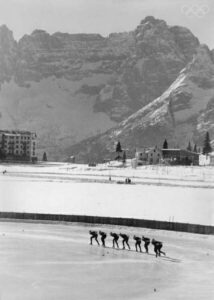 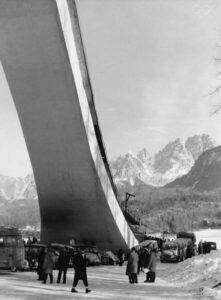