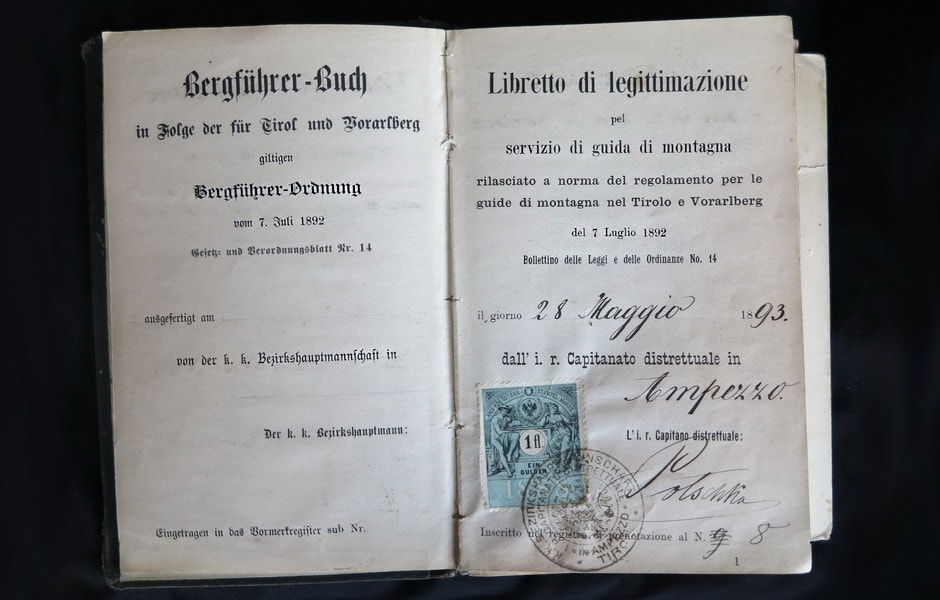 As far back as the 15th century, the Venetian Republic hired and paid the local mountaineers to accompany the official mapmakers through the Dolimites to trace the Austrian-Venetian border.

Later, in 1865, the Austrian state officially authorised the discipline of Alpine Guide.

The profession of “Alpine Guide” was born officially during the second half of the 19 Century with the arrival of the first climbing explorers.

The use of the “Libretto Guida Alpina” (Mountain Guide Booklet) was introduced then, upon which the rich gentlemen of the time could write their opinions and comments on their climbs and on the Guide that accompanied them. This custom remained in place until the mid 90s and then was discontinued.

The Mountain Guide Booklet has certainly helped to ensure that a large part of the history of mountaineering reaches us, and the memory of ascents and characters who have left their mark on the mountains throughout Europe has not been lost. Below, some images of my great grandfather’s Libretto and also from my own Libretto which I used until 1994.