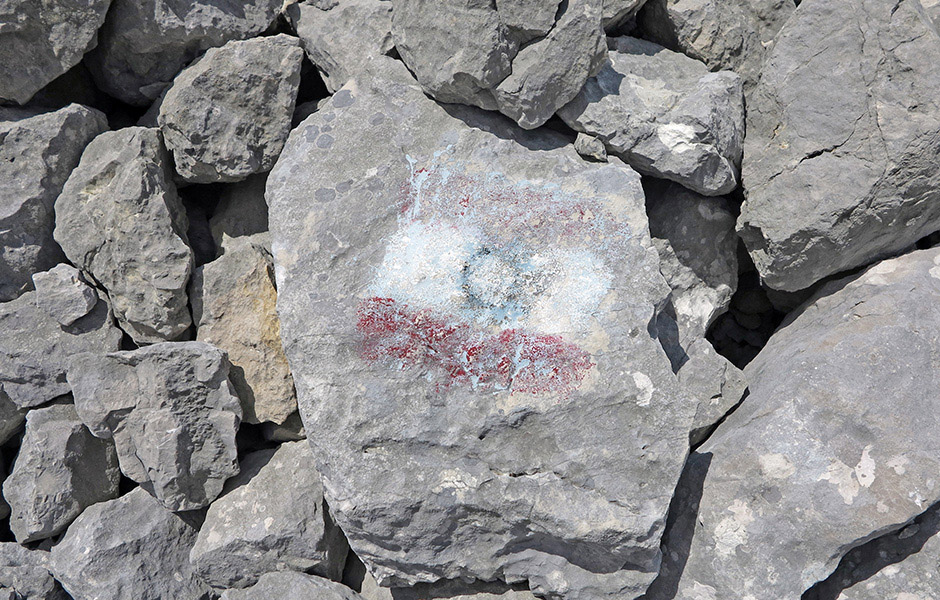 If you love the mountains and are looking for a quiet place, let me tell you a few words about Path 0 (pronounce it “path zero”), valley Val Montesela and bivouac Dall’Oglio. The summer season, especially the month of August, brings a large number of tourists to the most popular areas in the valley of Cortina d’Ampezzo, depriving true mountain lovers of the peace and quiet that they are looking for while hiking in this magnificent environment.

Indeed, wonderful places like the small Lake Sorapiss, the area of the Cinque Torri and the Tre Cime di Lavaredo are visited every day by big crowds of tourists. This, unfortunately, can upset the beauty of the area.

Luckily, on the mountains and in the woods of Cortina there are some hidden corners and wild unbeaten paths, unknown to most people. One of these is undoubtedly the valley Val Montesela, where in the past it was possible to find shelter in the Spartan bivouac Pia Helbig Dall’Oglio.

The bivouac stood at the entrance of the Val Montesela – Ra Montejèla in Ladin. It is an enchanting place: a wide valley enclosed between the sides of Ra Geralbes and the Pala de Ra Fedes.

The word Montejèla means “small pasture” (in Ladin “mónte”, a feminine noun, means “alpine pasture”). In this case, it is obviously a pasture of chamois, as the area is not accessible to sheep flocks nor to cow herds.

To get there you have to climb along the famous Path 0. But, as it has happened to other paths, it is no longer signposted.

This has occurred both for safety reasons and to preserve some sensitive areas and its resident fauna from anthropization.

When there, you will be right in front of the magnificent Croda Rossa, in the Natural Park of the Ampezzo Dolomites. The Path Zero was created to ease access to the bivouac Dall’Oglio, connecting Cianpo de Crosc to Val Montesela, through Pian de Socroda. In addition, Path Zero can also be taken from Lerosa, or near the Crosc del Gris, and it is also a useful alternative route to reach Foses and mountain hut Rifugio Biella.

However, I do not find it fair to provide too much detailed information on how to find and walk along the famous path. Firstly, for the reasons mentioned above but also because it is not a trail suitable for everyone, as it can prove dangerous.

To reach Ra Montejèla, after a first steep part along Path Zero, you need to leave the path – just after the “Madonna della Solitudine” (Virgin Mary of Solitude) – and follow a faint track westwards.

If you pay attention carefully, it is not too difficult to find, but it is suitable only for those who have a firm pace and are comfortable moving on rough terrain, as falling could have fatal consequences.

The itinerary climbs mainly along a steep grassy slope, avoiding the rocky mountain sides above, to the gates of Val Montesela, a magnificent panoramic area.

The view is just unparalleled: Tofana di Mezzo and Tofana Terza, Col Bechei and Valon Bianco, Croda d’Antruiles, Lavinores and Croda Camin. The green pastures of Lerosa are nearby, and, right next to it, stands the mountain Croda de r’Ancona, which has been a sad war scene.

Despite its low altitude (2,366 m) the Croda de r’Ancona offers a very wide view in all directions. Precisely for this reason, the Austro-Hungarians decided from the beginning of World War One to abandon Cortina, hardly defensible, and set up on the Croda de r’Ancona, from where they could better control the underlying road Strada di Alemagna; thereby, blocking the way northward to the Italians. Strategically the choice was flawless: despite the numerous attacks since the beginning of the war and the serious losses inflicted, the Italians never managed to conquer the Croda de r’Ancona.
On this round-shaped and little visited mountain there are galleries and other war memories that are still visible today. This is another ideal destination if you want to escape from the crowd, click on the link to learn more about how to get on the Croda de r’Ancona.

But now let’s get back to Ra Montejela, a long and silent valley, closed to the west by the mountain Croda Rossa. Right at the entrance of Ra Montejela, on this panoramic terrace, stood the bivouac Dall’Oglio.

The bivouac Pia Helbig Dall’Oglio was built in 1964 by the Antonio Berti Foundation, it opened in September 1965 and was assigned to the Section of Cortina d’Ampezzo of the Italian Alpine Club (CAI).

Originally the building was designed for mountaineers who wanted to climb the Croda Rossa d’Ampezzo.

Over the years, however, the shelter became a “second home” for many climbers who used it for extended stays; thus, ruining the environment and the building.

In 1984, owing to the damage caused by improper use over time, the furniture was removed, transforming the bivouac into a simple emergency shelter. Completely dismantled in 2013, it has been now permanently removed.

The bivouac is named after Pia Helbig, the first wife of the Academician Marino Dall’Oglio, member of the Italian Alpine Club (CAI) and part of the Italian Group of Mountain Writers (GISM), who financed the work and died in the same year of his beloved bivouac.

Once the bivouac was dismantled, no maintenance was performed anymore on Path Zero, giving back to Ra Montejela the features that I like most: a wild and solitary place, which is rarely visited by few people who are looking for a quiet place, fiercely dominated by nature.

If I have aroused your curiosity and you would like to enjoy the magical scenery offered by Val Montesela, remember that to get there it is essential to be an experienced hiker, able to walk on rough terrain. Of the Path 0 there are today only a few faded markers left, and the little number of hikers makes the path gradually disappear.

There we go! This time I have told you about another corner of paradise hidden in these beautiful mountains. If you go there, you will certainly not be disappointed, and once again you will appreciate how much freedom and joy authentic mountains can offer.