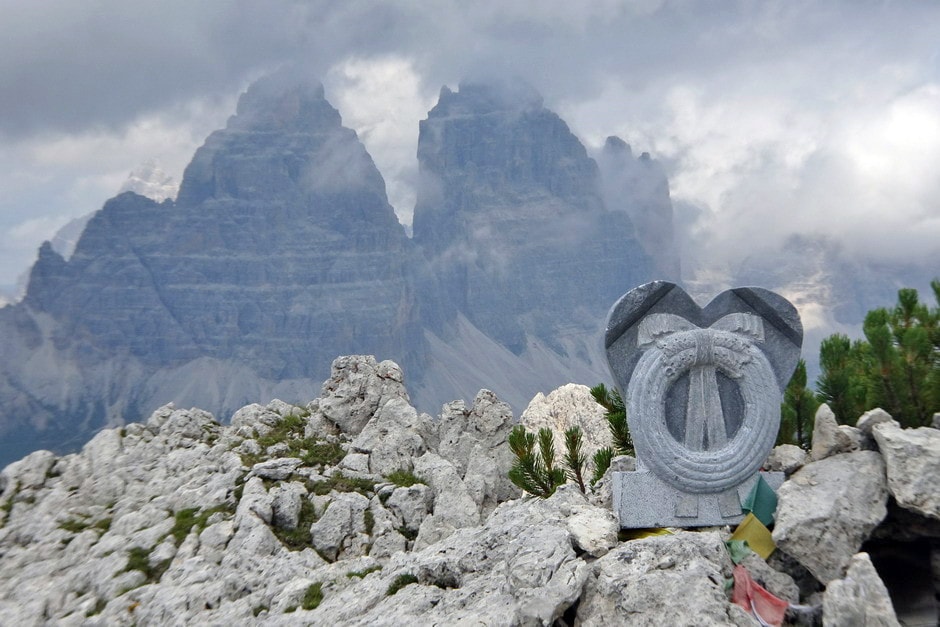 Wolkenreise is the name chosen by the first ascensionists for this short but truly beautiful alpine sport climb that makes its way up the west face of Pilastro di Misurina in the Cadini Group of the Dolomites.

It isn’t a new route, in fact it was established in 2017, but since so few know about it, I’ve decided to write a few words about this beautiful outing.

The full name of the climb is Wolkenreise – Florian Thamer Gedächtnisweg and as the name indicates, is dedicated to Florian Thamer who tragically lost his life in an ice climbing accident in early 2017.

Florian was also very fond of paragliding and he often flew over his beloved mountains, hence the name Wolkenreise, journey through the clouds.

I climbed the route in summer 2019 and I have to say that I really enjoyed it. It’s a great, bolted multi-pitch on excellent quality rock!

To be honest, I felt the pitches were somewhat stiff for the grade, in particular the last one where leaving the belay felt harder than the stated 6b+. Perhaps though it’s due to the fact that the grades which once felt easy seem to get harder every year 🙂 .

Only five pitches high, this is a relatively short climb but nevertheless this journey through the clouds certainly deserves repeating. The first three pitches climb solid slabs, while on the last two pitches the terrain becomes progressively steeper and overhanging even.

Once we reached the summit at 2525 meters we were surprised to see a large granite heart, a tribute that Florian’s friends left on this Cadini peak.

Considering the weight of the the sculpture (42 kg), it’s easy to imagine how much effort it took to transport it up there. The summit book is located next to the stone heart.

Reach Misurina either from Cortina d’Ampezzo, Auronzo or Toblach / Dobbiaco.

From Misurina the easiest way up is to use the chairlift that leads to Rifugio Col de Varda. If the lift is closed, you will have to walk up to the refuge. From the refuge follow path #117 towards Forcella Misurina for 35 to 40 minutes. Leave the path and scramble up to the base of the pillar; a plaque clearly indicates the start of the climb. 50 minutes from the Col de Varda hut.

From the end of the climb, move 20-30 meters to the right (South) where there is an anchor for the abseils.
It is also possible to abseil down the ascent route.