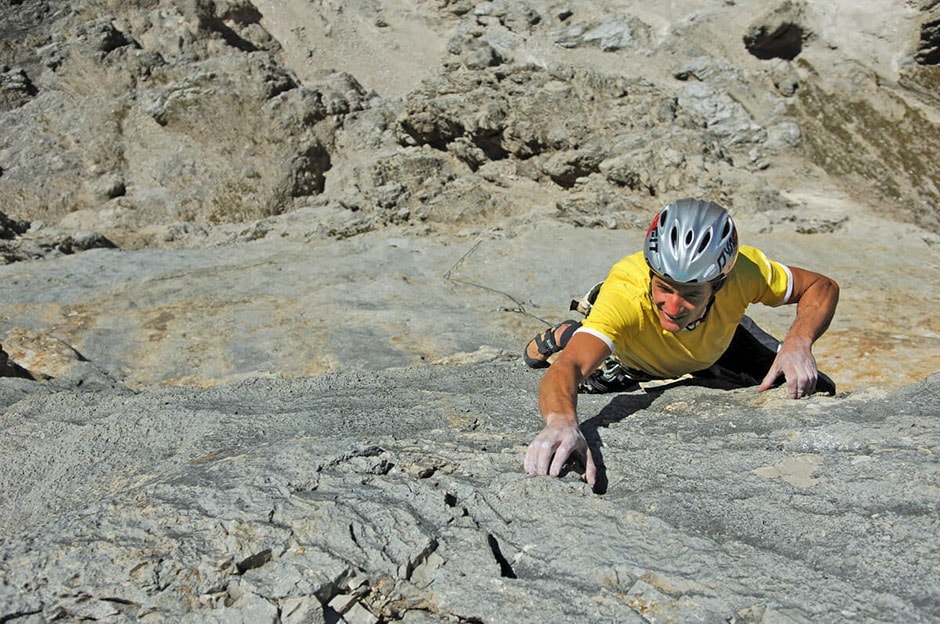 Great rock for a demanding route – Via Calispera on Torre Dusso

This peak is part of the mountain called Costa del Role, which culminates with two peaks (Torre Dusso and Torre Piazzesi, dedicated to two Venetian mountaineers who died on the summit in 1948). These peaks rise steeply to the east of Forcella Loschiesuoi and continue SE along the rocky crest (dubbed “Mèscole”) opposite the Corvo Alto.
The route climbs soldi rock and is equipped with bolts and is highly recommended, though the high obligatory grade requires excellent climbing skills.

Passo Giau is reached easily either from Cortina via the SS48 and SS638, or from Caprile for those coming from the Agordino.

From Passo Giau (2233m) follow path No. 436. Reach Forcella Zonia and continue on to Forcella Col Piombin and into Val Cernera. Leave the main path and ascend the scree slope up the gully which leads to Forcella Loschiesuoi (2470m – 1 1/4 hours)

From the col descend south down the opposite face, down the gully on the right for circa 100m until you can cross this more easily. Scramble towards the south face of Torre Dusso. A bolt marks the start of the route (15 minutes circa from Forcella Loschiesuoi).

NOTE
Descent is steep and can be dangerous, i.e. slippery when (grass is) wet. 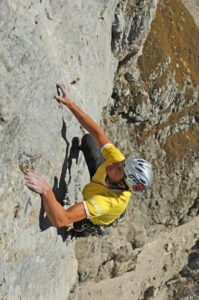 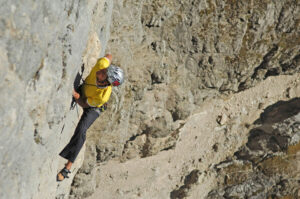 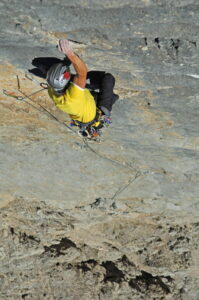 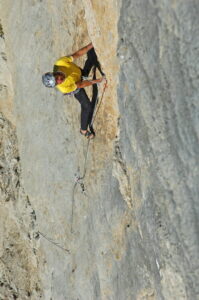 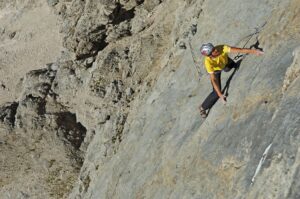 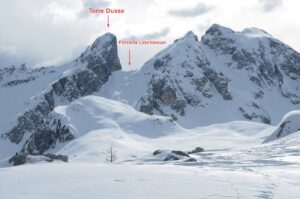