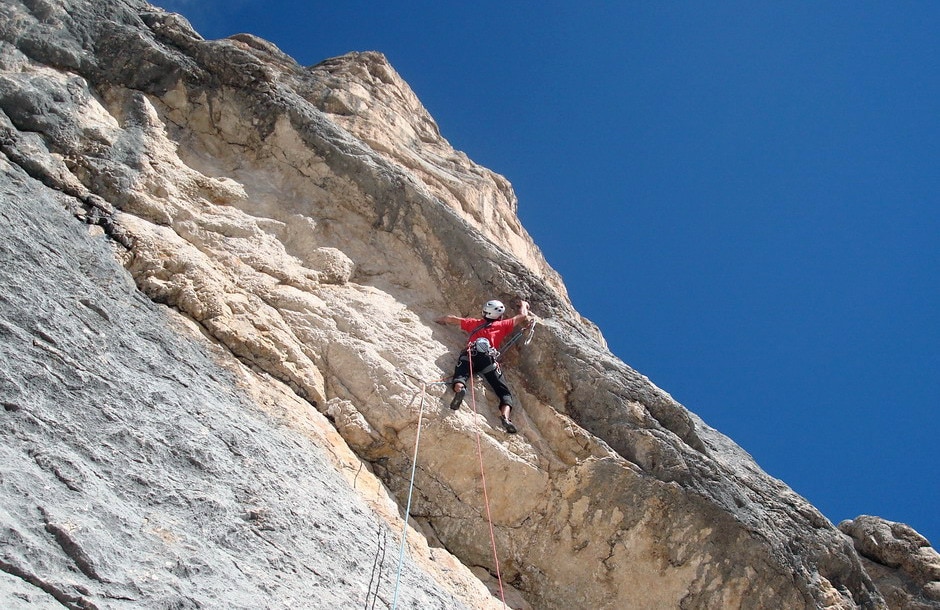 In the summers of 2002 and 2003 the Scoiattoli Luigi Majoni and Davide Gaspari established a difficult and beautiful route up the East Face of the Tofana di Mezzo.
The route isn’t well-known and ascends splendid limestone slabs and the overhangs up the mountain’s central spur.

Due to the demanding nature of the climbing the first ascentionists had to resort to aid, and the route was named in memory of the deceased Scoiattolo Beniamino Franceschi “Mescolin”. In summer 2010 the route was freed by Ruggero Zardini, accompanied by his friend Cristian Casanova.

GETTING THERE
Starting point: Cortina
The easiest way is to take the cable car “Freccia nel cielo” and reach the top of Tofana di Mezzo.
Descend the via ferrata and walk on a well marked ledge to the start of the route.

DESCENT
Abseil down the route or, if you’re quick, take the cable car.