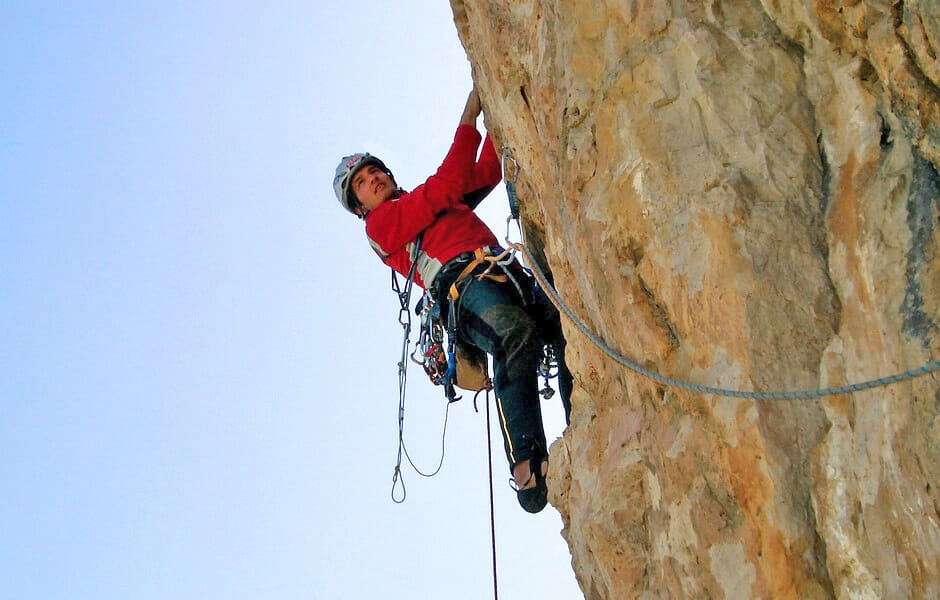 The new Via Zoe, a bolted route on Lastoni di Formin

New “modern” route first ascended by untiring Massimo Da Pozzo “Mox” on the Lastoni di Formin. Due to the poor weather conditions the route was ascended in three pushes with three different partners, namely Romanin Ivan, Serafini Danilo and Bruno Sartorelli.
The eight pitches climb up solid rock and the crux pitches are pure stamina testpieces. The route is dedicated to Massimo’s daughter Zoe and starts a few meters to the right of his other creation, Spiderman.

GETTING THERE
Passo Giau is reached easily either from Cortina via the SS48 and SS638, or from Caprile for those coming from the Agordino.

ACCESS
Approach this climb by driving down from Passo Giau towards Cortina, parking the car after some hairpin bends and following the obvious path no. 436 towards the Forcella Giau. After the forest the path steepens; continue left along a trail past large boulders to the scree slopes that come down from the Lastoni di Formin. Traverse high to reach the base of the wall. Allow about an hour for the walk-in.

DESCENT from the new via zoe
Either abseil down the route or reach the Formin col on foot from Croda da Lago then follow the path south and traverse right beneath the walls to Forcella Giau to join up with the access path.

GEAR
The route is protected by bolts byt a set of mid-size camming devices may be found useful.