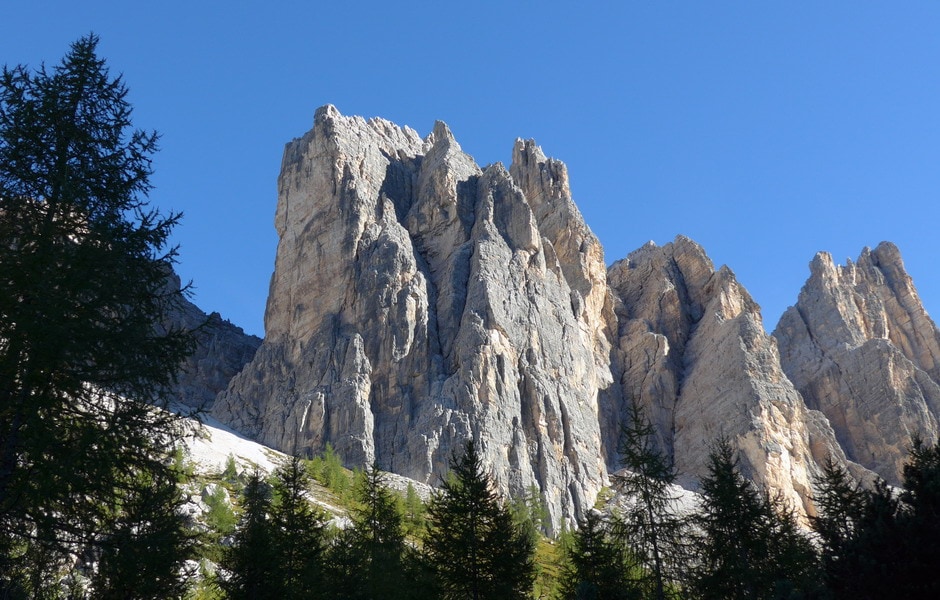 Buon compleanno Nat is the name given to the July 2012 route up Cason de Formin established by tireless Massimo Da Pozzo together with another “Scoiattolo”, Marco Alberti “Panza” and their friend Danilo Serafini, with whom Mox had established via Zoe up Lastoni di Formin.
At the time Mox dedicated the route to his young daughter Zoe, while this latest addition celebrates the birthday of his wife Natasha.

The route climbs the NE Face of Cima Cason de Formin, a sub summit of Croda da Lago, up the yellow face which might lead some to believe that the rock is poor quality as is often the case in the Dolomites, but not so here: in general the rock is very solid although as usual some cleaning is necessary.

GETTING THERE
From Cortina d’Ampezzo head towards Passo Falzarego to Pocol, shortly after this bear left up the #638 towards Passo Giau. From the Pocol fork continue for 4 km to layby, park here and continue on foot leftwards (south) along the popular path which leads to Rifugio Palmieri at Croda da Lago.

ACCESS
Follow path #437 towards Rifugio Palmieri. At the Cason de Formin fork (1848m) bear right along path #435 towards Forcella Formin. Where the path steepens, at a rightwards hairpin bend, exit left along the obvious horizontal track. Ascend this towards Cason de Formin and then continue along its base leftwards up scree.

Reach the start of the route, marked with a cairn (circa 70 minutes).

Traverse right along a ledge (cairns) to reach the first bolt on a beautiful grey slab.

DESCENT
Walk east along the ledge and descend left towards the large scree gully which leads quickly back to the base of the route (circa30 minutes).

Established by Massimo Da Pozzo and Pier Francesco Smaltini in September 2012, La beffa (the joke) gets it’s name from the fact that the drill batteries dies two bolts short of the summit, forcing Mox to return to finish off his route. The most demanding pitches climb yellow, good quality rock. All belays are equipped with two bolts and an abseil ring. The grades are indicative and need confirming.

ACCESS
As the previous route. The start is located about ten meters to the left of “via Cecilia”, at the base of a yellow-black dihedral. A bolt is clearly visible. 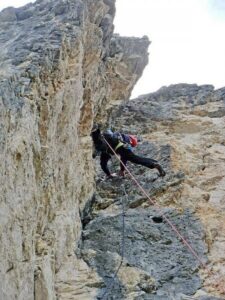 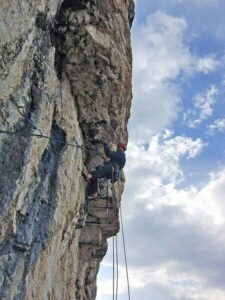 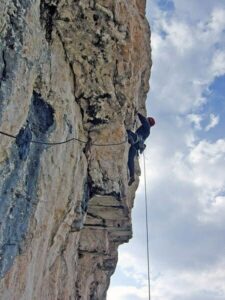 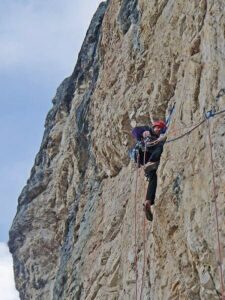 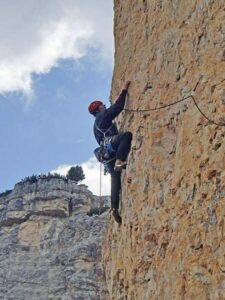 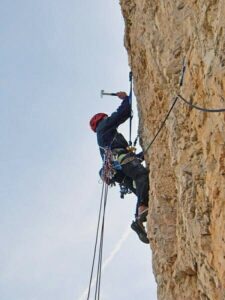 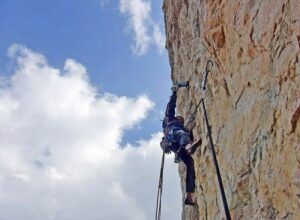